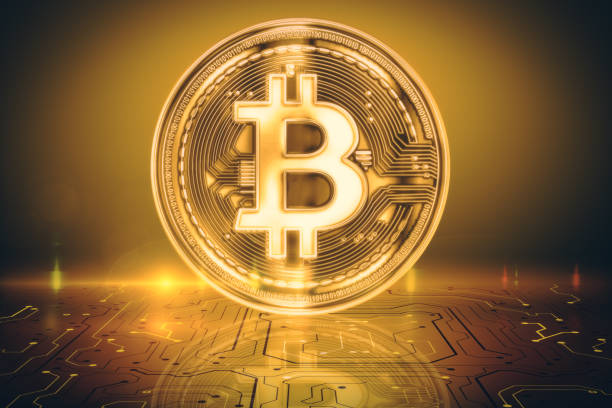 I think by now most people at least have a bit of a clue about what bitcoin is as it pertains to being a store of value or a digital currency, but, you may still have some questions.
Here we explain as plainly as possible, what bitcoin is, where it originated from, and why we need the technology.
So who created bitcoin?
An anonymous actor named “Satoshi Nakamoto” invented Bitcoin in 2008 as a peer-to-peer electronic cash system.
To realize digital cash, you need a payment network with accounts, balances and transactions that’s easy to understand. One major problem every payment network has, is to prevent double spending. Essentially that means to prevent one entity from spending the same amount twice.
Usually this is done by a central server that keeps records of all the balances.  What differs about a decentralized network is, you don’t have this server.. so you need every single node, i.e. computer or active entity on the network to do this job. Every peer in the network needs to have a full list with all of the transactions to check if future transactions are valid, also if anyone attempts to double spend.
So, how do these entities keep a consensus (agreement) of these records?
If everyone on the network disagrees about even one single minor balance, everything breaks. There needs to be an absolute consensus.
Up until 2008 when Satoshi discovered it, nobody even knew it was possible. Cryptocurrencies are a vital component of the solution. Here is a brief  illustration.
In this illustration we will look at the transactions on the network. ( all transactions must be signed using a personalized digital signature)

( image copywritten by Smart Digital Payments )
A transaction is a file that states: Tim sends X bitcoin to Tammy and is signed by Tim. Once Tim signs, the transaction is broadcast to the network , sent from one peer, to every-other peer.
After a specified time the transaction is confirmed by the miners, which is the only way a transaction can be confirmed. That is their soul purpose in the Cryptocurrency network. They validate transactions, then spread them to the network.
The miners are given an incentive to complete these tasks by receiving payment in cryptocurrencies which raise in value over time ( deflationary) . In this example, they are paid in Bitcoin. After a transaction is confirmed by a miner, all the other nodes in the network must add it to their database and it becomes part of the block-chain.
Who can mine Bitcoin?
Anyone can be a bitcoin miner, they just need to give up a considerable amount of their computers power to make sure they can execute the task.
(Remember that not every cryptocurrency can be mined, and some need a higher quality cpu/gpu in order to be successful at mining whatever coin it is you are attempting to mine. Here we are just referring to Bitcoin not all cryptocurrencies.)
Miners across the network compete to solve a cryptographic puzzle. The first miner to complete the transaction and add it to the block-chain is the miner to receive the bitcoin reward.
What Is A Bitcoin Halving?
Initially when bitcoin mining began, these mining rewards were set to 50 coins per block. Part of the protocol that makes bitcoin so valuable is that every 210,000  blocks this reward is decreased by 50%. So basically every 4 years the bitcoin mining supply is cut in half. The first time the world experienced one of these halving events was in late 2012
In the year 2140 there will no longer be a need to mine because the maximum supply of bitcoin will have been reached. so no more reward. The reason for doing this is to combat inflation. As we have seen with the US dollar, it is not good for a currency to have an endless supply as it decreases the value of said currency. With supply and demand bitcoin is able to create scarcity which increases value which has a deflationary effect.
Some ( including myself) say Bitcoin, or at the very least block-chain technology, is the future of payments. I personally believe it will be integrated into every technology that utilized the internet of things (iot).
The United States Government is currently attempting to move voting onto the block-chain. So if you were not a BLOCK-CHAIN Believer before, take a closer look at its relationship with the future.
We can see the direction of bitcoin and other cryptocurrencies by looking at big tech companies and platforms such as Youtube. They have recently partnered with a company called Odessy. This partnership allows content creators to sync their Youtube channels with the Odessy platform and earn the Cryptocurrency LBRY for people watching their content as well as for watching other peoples content.
It is DAPPS ( decentralized apps) like these integrating with the APPS we already use on a daily basis that are going to be the catalyst to being able to enjoy a stress free life through the release of the obligation to go to work in order to make money.
As a business owner I have to make videos as a part of my daily routine, I have to market these videos in order for my audience to see the ads and buy my product. Why not get paid when people watch the videos too? The blockchain and cryptocurrencies make this possible, and Bitcoin was the one that started it all.

Cryptocurrencies are digital assets designed to work as a medium of exchange  wherein  individual coin ownership is stored in a ledger. Cryptocurrencies exist in a form of a computerized database using strong cryptography to secure transaction records, control the creation of additional coins, and to verify the transfer of coin ownership.

Cryptocurrencies typically do not exist in physical form (like paper money) and is typically not issued by a central authority. ( government or bank )

This decentralized aspect of cryptocurrency is a huge reason why it is such an important part of the future of finance. Without central control there is no such thing as sanctions. Without the decentralization there isn't much fundamental difference between fiat and crypto.

Both can be used as a medium of exchange, they both have their value governed by supply, demand, work, scarcity and other economic factors.

Decentralization is the process by which the activities of an organization, particularly those regarding planning and decision making, are distributed or delegated away from a central, authoritative location or group.

Proof of work (POW) is a form of cryptographic zero-knowledge proof in which one party proves to others that a specific amount of computational effort has been expended for some purpose. Verifiers can subsequently confirm this expenditure with minimal effort on their part.

The two major currencies by market cap that rely on POW are Bitcoin and Ethereum.

Proof of stake (POS) is a type of consensus mechanism by which a cryptocurrency blockchain network achieves distributed consensus. In (POS)-based cryptocurrencies the creator of the next block is chosen via various combinations of random selection and wealth or age.

Ethereum is a decentralized, open-source blockchain featuring smart contract functionality. Ether (ETH) is the native cryptocurrency of the platform. It is the second-largest cryptocurrency by market capitalization, after Bitcoin, Ethereum is the most actively used blockchain.

Ethereum was proposed in 2013 by programmer Vitalik Buterin. Development was crowdfunded in 2014, and the network went live on 30 July 2015, with 72 million coins pre-mined. The Ethereum Virtual Machine (EVM) can execute scripts and run decentralized applications. Ethereum is used for DEFI ( decentralized finance) and has been utilized for many ICO's (Initial coin offerings)

In 2016, a hacker exploited a flaw in a third-party project called The Dao and stole $50 million of Ether. As a result, the Ethereum community voted to hard fork the blockchain to reverse the theft and Ethereum Classic (ETC) continued as the original chain.

Ethereum has started implementing a series of upgrades called Ethereum 2.0, which includes a transition to POS (proof of stake) and an increase in transaction throughput using sharding.

What is a smart contract?

A smart contract is a computer program or a transaction protocol which is intended to automatically execute, control or document legally relevant events and actions according to the terms of a contract or an agreement. The objectives of smart contracts are the reduction of need in trusted intermediators, arbitrations and enforcement costs, fraud losses, as well as the reduction of malicious and accidental exceptions.

Vending machines are mentioned as the oldest piece of technology equivalent to smart contract implementation. 2014's white paper about the cryptocurrency ETH ( Ethereum) describes the Bitcoin protocol as a weak version of the smart contract concept as defined by computer scientist, lawyer and cryptographer Nick Szabo. Since Ethereum, various cryptocurrencies support scripting languages which allow for more advanced smart contracts between untrusted parties. Smart contracts should be distinguished from smart legal contracts. The latter refers to a traditional natural language legally-binding agreement which has certain terms expressed and implemented in machine-readable code.